Summary – Clock Tower follows an orphaned teenager, Jennifer Simpson, after her adoption by the Barrows family, along with several other girls. The Barrows’ enormous, labyrinthine mansion is terrorized by a killer, known as Scissorman, who starts to target the girls one by one, forcing Jennifer and the others to try to escape.

Overall Thoughts
Clock Tower is far from perfect, but it’s an innovator in the survival horror genre, and deserves respect for that. The series was inspired by the Italian horror film Phenomena, with the protagonist and plot bearing strong resemblances to those from the movie. To have what is essentially a video game version of a Dario Argento film is really cool in its own right, but Clock Tower also made extremely clever, disturbing and creative use of pixel art and storytelling choices.

There are multiple endings one can get in the story, depending on the small decisions you make in the Barrows house, while all the while being stalked by a boy wielding a massive pair of scissors, and the deranged Barrows family themselves. If you like retro horror, you’ll love it. It’s not a difficult game, and is point-and-click, which takes some of the stress out of the action parts, if that’s not something you care for. The soundtrack is sparse, but pretty good whenever it’s there, especially for an older game.

This series, sadly, has been condemned to relative obscurity, and flopped outside of Japan. The upside is, you can get a fan-translated English version of this game made for the SNES, if you want. Despite never being “officially” published in English, the first and arguably best Clock Tower is surprisingly less rare than the parts of the series that were.

Would It Make a Good Novel?
Definitely! Clock Tower has obvious shades of vintage horror novels from the late 80s and early 90s, when the “final girl” trope was at its peak popularity. This game reminds me so much of R.L. Stine’s Fear Street. It has the same sort of atmosphere, that’s creepy and entertaining without taking itself too seriously. 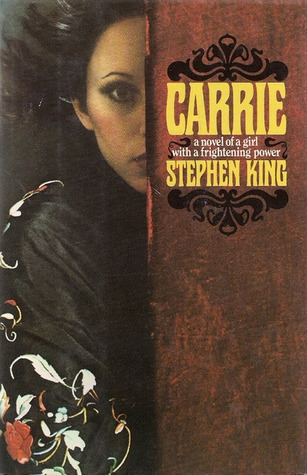 “The low bird is not picked tenderly out of the dust by its fellows; rather, it is dispatched quickly and without mercy.”

You know Carrie. I know Carrie. Carrie has had enough of being the weakling bird, so she becomes the phoenix, out of blood rather than ashes.

There are many others before me who have had the chance to say it better, but if it isn’t a powerful allegory for cruelty towards young women, I don’t know what is. Zealotry and fundamentalism throwing punches with one hand as Carrie’s mother, and peers throwing punches with the other. I can’t blame her for her miniature apocalypse.
What’s so grotesque is that Carrie’s classmates have all gone through the same period. Surely some were at embarrassing times, surely. But yet they are so merciless to her as to treat her like a circus freak.

Coming from someone who’s recently left that weird, enclosed world – the godawful, always unspoken dynamic that seemed to go on in school, it never changes. All so important at the time but seems so pointless when you leave. There’s always someone it was worse for, that you wonder about.

The prose is pretty straightforward but yet you can feel Carrie’s humiliation tangibly, her dread and anger. She’s not alone in being a tragedy, though. Most of the female characters when alone and at most candid, have something horrible driving them – Sue’s misfired attempt to help Carrie that causes her stigma and trauma for years, Chris’s abusive boyfriend combined with her petty need for revenge. You could even call Carrie’s mother tragic – there’s something disturbed churning in the head of anyone who behaves like that thinking it’s pious, but the reader’s never sure what it is. She never wanted poor Carrie, that much is obvious.

Carrie is not in my opinion, Stephen King’s best novel. There are rough edges and the format kind of spoils its own plot. Worth reading of course, but has more of a human tragedy feel than a “scary” atmosphere. I have a huge admiration for Carrie anyway because it brought light to so much other fiction of the time wouldn’t touch. Typical horror, being the brave genre knowing no one will give it the credit it deserves. 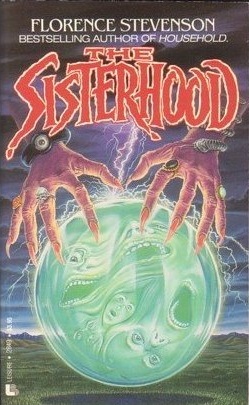 Rich in atmos and mystery, poor in consistency. By the third act, the intensity and intrigue has doused itself in gasoline and rolled around on a bunch of lit matches. Literally.

I think at some point the horror novel got infected with this notion that it would rather like to be a melodramatic romance novel, but it can’t. So it dolls itself up in a romantic fashion, but still has the twisted sickness of horror dangling off its flesh. It’s actually more disturbing because it tries to inject itself with romance, not less.

Revolving around a woman named Judith whose fate has been twisted by a mysterious group of women who practice occult arts, the plot becomes deeply strange and taboo early on. The pettiness and vile nature of two people being so ingrained that it lasts past a lifetime is a concept I like, and I also found the themes of the same bizarre violence being replayed throughout generations to be pretty effectively creepy.

A 1989 copy I found with silver title graphics.

Characterization is surprisingly good, at least at first… though it confounds me how adamantly the characters refuse to believe in the supernatural. Judith especially! What does it take exactly to make Judith believe in or ghosts? Do they have to tap-dance on her skull? Pull their faces off like in Beetlejuice? She speaks directly to a ghost multiple, multiple times and is even attacked by a ghost, but of course they can’t possibly be ghosts, not to her! It’s more likely to Judith that they’re “psychic projections” or “telepathy” or “Cthulhu” or whatever. Judith will literally trust anybody who says kind things to her, and that’s not a savvy quality in a horror heroine. It’s frustrating and gets her assaulted, stalked and nearly murdered several times.

Rant about the heroine aside, the writing is vivid and sharp-paced, and other than the idiotic denial of supernatural things whenever they happen, the main characters have fairly well-fleshed-out personalities. The imagery is disgustingly beautiful and it does keep you intrigued enough to want to keep reading it, and the merging of forbidden magic and murder mystery is cool, I have to say.