Summary – Little Nightmares follows a little girl named Six, who wakes up trapped in a massive citadel called the Maw which floats on the sea. The Maw is inhabited by giant, grotesque, cannibalistic adults who have been imprisoning human children (and whoever else they can get their hands on) in order to eat them. Six sets out to escape the Maw before she starves to death or gets eaten by one of them.

Overall Thoughts
It’s like somebody made this game with me in mind. I flipping adore these dark themes of childhood, fairytale cannibalism, and the horrors of decadence. Artistically, it’s pretty much the best I’ve seen in recent years. It hits that sweet spot between delightful and disgusting. The villain characters range from vulgar, gluttonous beasts to giant things that don’t entirely seem human.

Obviously, they were going for a cinematic feel with this, and it succeeds. Little Nightmares is almost more of a movie than it is a game. The gameplay is interesting enough, but that part does seem lacking in something. The experience overall is quite short and simple, but the design is so creepy and Burton-esque that you likely won’t care. If you care about active gameplay or an intricate story only, you might not like it, but if you want something dark and ambient and closer to a silent animation, you will love it. (Most horror games are like that, though, really. If we’re being honest.) 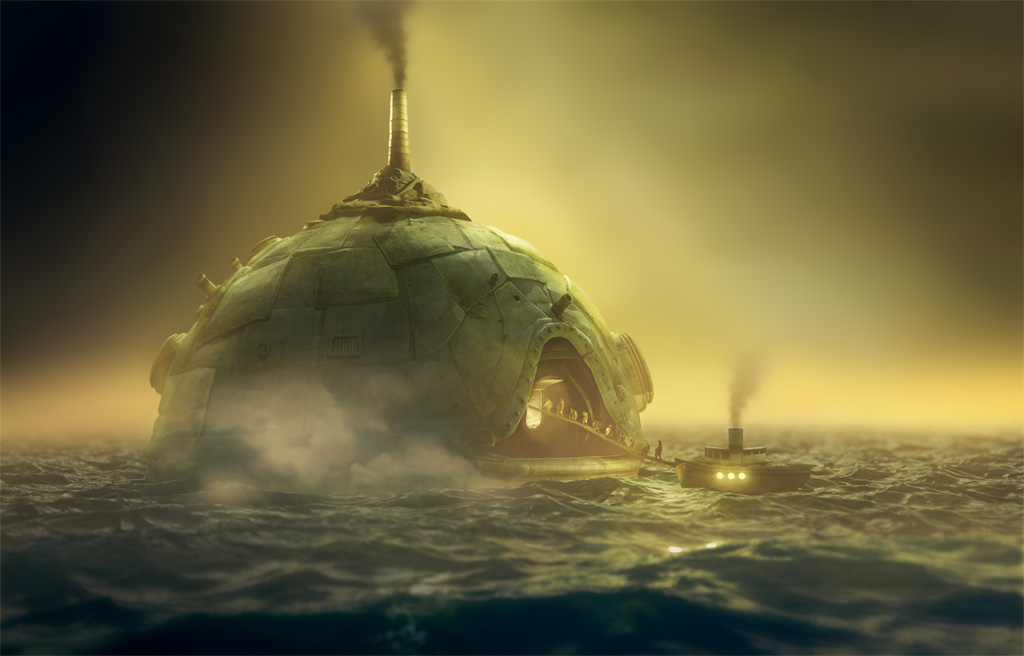 The story itself is pretty vague, and leaves a lot up to your own personal interpretation. The only things that are set in stone are that there’s a little girl and some other tiny creatures getting chased by giant cannibals in a ship (of sorts), and their leader is possibly a witch? Nobody really has a strong “personality”, per se, but the way the characters and conveyed without words is executed extremely well.
Like I said, it feels like a cross between a Studio Ghibli animation and one of the classic Tim Burton films. The Nightmare Before Christmas, especially. The puppet-like chefs (pictured above) strongly resemble characters from that movie, as do other villains in this game.

Would It Make a Good Novel?
Certainly. In fact, there exists a graphic novel adaptation that was published as a tie-in, though I’ve never read it and unfortunately, it doesn’t seem to have great reviews. (Maybe it wouldn’t make a good novel, after all…)
In any case, Little Nightmares reminds me of aspects of my own work. I did mention it seemed specifically designed to cater to me. I do love and frequent toying with these tropes – cannibalism, mistrust of authority, and so on.