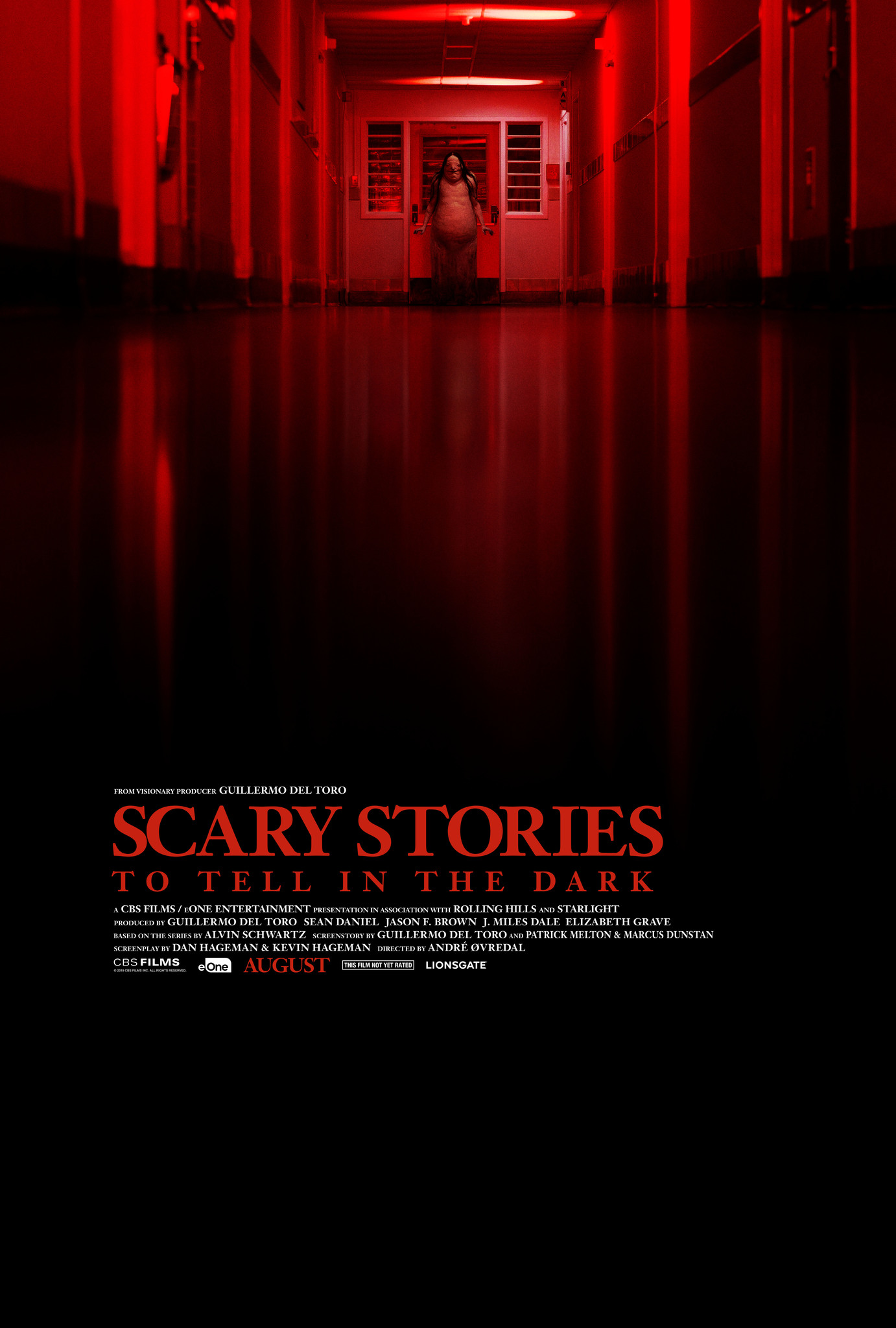 The new Scary Stories to Tell in the Dark film has broken my personal record for being the third book-to-film adaptation I’ve ever actually been hyped for. I mean, this means as much to me as a film adaptation of my own books would. Scary Stories to Tell in the Dark, if you’re not familiar, are a trilogy of books by folklorist Alvin Schwartz and artist Stephen Gammell. Its legacy is being one of the most banned and challenged children’s series in recent history, compiling folklore, ghost stories and urban legends and retelling them in a nightmarish and surreal tone.

Scary Stories has been challenged by a number of American and international school boards for its raw and unrelenting depictions of cannibalism, black magic, violence, death and the undead. The Grimms could get away with it but Schwartz and Gammell couldn’t, the reason being that there’s something these books have that the Grimms didn’t… and that’s the signature artwork.

The disturbing artwork is the primary reason it was banned. Gammell’s work is stunningly beautiful from a technical perspective, but often featured grotesque, deformed humanoid monsters and scenes of surreal horror that were difficult to describe even as an adult. Obviously, they gave a number of children unlikely and specific phobias, but that hardly stopped them from loving the series.
There exists an alternate version with more subdued artwork by Brett Helquist that is largely, and unfairly, disliked by fans. Brett Helquist is a great artist, but his style is not the most suited to this collection, in my opinion. I feel the artist caught an unwarranted amount of hell for his work on the rerelease, seeing as Helquist was just doing his job, and his illustrations were good. They just weren’t Gammell’s.

Stephen Gammell’s notorious illustrations are one of the driving forces behind my desire to create. I had and have never seen anything vaguely akin to his style. It can’t be replicated, by anyone who retains their sanity, at least. Something interesting is that Gammell is quoted as being bemused that so many children found the illustrations scary, believing they were far too unrealistic to creep anyone out. About that…

When I heard that the plot of the upcoming film, which comes out in August, would involve teenagers in a haunted house, I was devastated… I thought, oh God, they’ve turned my beloved into another cheese-laden summer slasher movie… but I was relieved quite a lot when I saw who the directors were and the monsters’ visual appeal in the trailers. I was severely anxious for a minute there. My reaction was about to become a horror story of its own, but I’m less doubtful now.

André Øvredal and Guillermo del Toro have both proven to be competent and talented directors, and the design of the infamous Harold the scarecrow and the Pale Lady are beautifully grotesque, exactly like they were in the books, so this gives me hope.
I still have a significant issue with the format, however. Scary Stories, by nature, is episodic, and it deserved a television show. Even if they were only 15-minute segments, that would’ve been enough to squeeze in the series massive gallery of stories.

The entire series being reduced to one film means we won’t get a full adaptation of fan-faves like “The Drum”, “One Sunday Morning”, or “The Viper”, unless some indie director takes it upon themselves to do so. These are largely based off of American and German fairytales, so it’s not like you’d face copyright troubles if you made similar retellings. This is a shame, somewhat, but if the film adaptation turns out to be any good at all, I’ll be fine with that. Decent is better than abysmal and unfaithful, and the adaptation does look at least faithful to its source in visuals and basic plot concepts.

The overarching plot about the teenagers still makes me so incredibly uneasy, though. That could so go wrong if the dialogue and plot aren’t strong enough to overlook the trope. To be fair, the original books had similar slasher tropes and not always the fanciest writing, but the focus was largely on the monster or whatever was terrorizing the generic main character, whom you could fill in with yourself. What made them so effective is the protagonist could just as easily be anybody.

♪ It could be you, it could be me, taken into the sea by the Slithery Dee. ♪