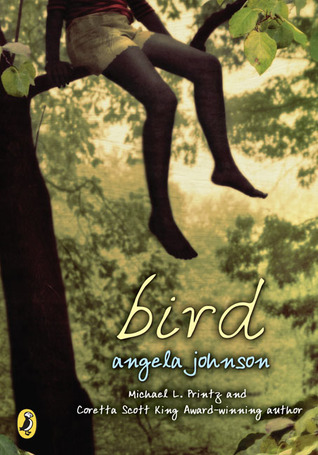 How do you use the gift of a heart which isn’t yours? How does one beg the most important question when they couldn’t stand to hear the answer either way?

Bird is a leisurely-paced novella that centers around three teens who all are still coping with tragedies faded but still visible – divorce, the death of a sibling, and a new life gained from the end of someone else’s. The heroine Bird ran away from home to try to convince her stepfather, Cecil, to come back to her and her mother. As it turns out, Cecil is the uncle of a boy she befriends along the way, who had been bedridden for many years of his life and just recently is able to run and really live thanks to a heart transplant. Cecil kind of ties the story together despite only ever appearing in the peripheral.
Cecil is a distant and chilly figure who seems to be haunted by something he himself is trying to run from, but it’s never exactly clear what. The ending just amplifies this.

I wish the characters had been given more time for development. Cecil doesn’t show his face a lot and the third protagonist Jay never reveals a whole lot about himself, other than he misses his dead brother. An emotionally-charged book does suffer from knowing too little about somebody to really feel those emotions from them. Bird is a good casual, summery sort of read.

Johnson chose to make a situation that could’ve reached absolute bleakness more optimistic and subdued, so while the pacing is slower it never feels like you’re being dragged through a puddle of tar like some books of a similar sort can. I do appreciate that, as it’s all too easy to stumble into the pitfall of heaping tragedy upon tragedy in contemporary books, and it’s not always necessary to do that.
Trying to insert realism through only pain, ironically, can end up making something unrealistically dark. I feel that for a few faults which are small, Bird is a realistic story. If someone told you it in a letter you’d believe them.