I don’t normally do music posts and don’t plan to start writing them regularly, but this is a rare occasion. On the threshold of the 20th birthday of my favourite series, which is tomorrow, I was surprisingly befuddled on what to analyse and dissect and ramble on about.

Silent Hill, for the uninitiated, is a psychological horror video game series that behaves strangely like artsy cinematic novels, and centers around a tourist town with a bad history. The town harbors a demonic entity that calls broken and vulnerable people to it and creates a delusional world out of the fears it senses in them. It was THE psychological horror series and still holds that place today, despite being indefinitely killed off by its own publishers. There are novels, comics and two films based off of it. I don’t recommend most of those, save for the 2006 film, which is how I discovered the series in the first place, and some of the later comics such as Past Life.

I decided that I should start with a short piece on a part of the Silent Hill series I could recommend to anybody and would be fun to talk about, regardless of the interest they might have in the series itself – the music. If you absolutely hate, hate, hate horror, it would still be unlikely that you’d dislike these soundtracks entirely.

Akira Yamaoka’s compositions for Silent Hill are legendary. They are pretty much the god of soundtracks, and other soundtracks have to earn their blessings before they’re even allowed to exist.
I exaggerate… but not by that much. These are innovative, multi-genre albums that make creative use of more traditional alt-rock, electronica and metal, ambient noise, discordant industrial sounds and even classical music to breed a new genre that’s unique to Silent Hill.
Despite there being some truly disturbing songs, like the infamous “Prayer” from the third game, which sounds like an actual replication of Hell, more often the soundtracks are introspective and mellow rather than scary. “Prayer” itself is quite beautiful in its own demonic way, and I’d love to know how something like it was even made.

I’ve boiled my personal favourites down to ten. Shaving them to this tiny number was no small feat, as including cut material and remixes, the first four entries in the series alone amass 300+ tracks of music with a plethora of different moods within those. Silent Hill‘s vocal themes with Mary Elizabeth McGlynn are pretty popular, but this list is solely for Yamaoka’s instrumentals. They’re really a monster of their own.

This list is in no particular order, and I’ve given the YouTube link to ones I especially like so you can give them a listen. You can find most of the soundtracks, save the fan-made OSTs of cut and salvaged material, on other music sites as well. There are much, much more than just these. If you’re already familiar with SH, feel free to leave your own faves in a comment!

9 – “Last Boss Remix” from Silent Hill 3
What music do you picture in your head when you hear “epic fantasy”. Something symphonic and adventurous, maybe? Never officially released on the soundtrack until years later, “Last Boss Remix” evokes a sense of “epic horror” somehow in the same way a soaring strings composition might evoke “epic fantasy”. Unlike much of SH3’s music, it is blaringly loud but insanely well-orchestrated. Yamaoka is experimental music’s modern Beethoven. Fair warning, if you search this one you might want headphones. 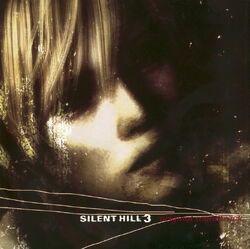 8 – “Promise” from Silent Hill 2
There exists a few variations of “Promise” – a piano reprise, a VERY beautiful acoustic one that’s never been officially released and had to be dug out from obscurity by fans (noticing a bad trend here?), a melodic metal reworking named “Angel’s Thanatos”, and this version, which is an alternative rock interpretation.
“Promise” on YouTube

7 – “Childish Thoughts” from Silent Hill Shattered Memories
ANOTHER UNRELEASED TRACK DOOMED TO DIE FORGOTTEN. No, I’m just kidding. This one was unused but not unreleased. It’s in the official soundtrack and is really charming to the ear.
“Childish Thoughts” on YouTube

6 – “Pulsating Ambience” from Silent Hill 4
If I made music myself, this is what I would want it to sound like. That’s pretty much why it made the list, even though there’s probably better ones. If you like ambient music, you really ought listen to the whole of 4‘s soundtrack.

5 – “Tears of…” from Silent Hill
The first Silent Hill‘s OST is probably my least favourite. Much of it is not something you would listen to for fun, unlike later albums, with grinding, disconcerting ambients eating up a lot of the soundtrack listing. However, when the SH1 music becomes pretty, it really is pretty, and this is a perfect example.
“Tears of…” on YouTube 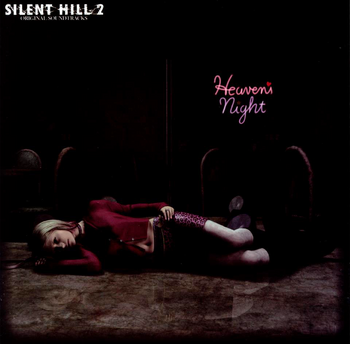 2 – “Fortunate Sleep – No One Disturb Her Dead” from Silent Hill 4
The title of this one is baffling, with strange grammar and a stranger sentiment. What that’s about… well, I don’t really know. I speculate it’s something to do with the female lead of the game, but I still don’t know what it’s supposed to mean. Nevertheless, a title like that is bound to catch the eye and “Fortunate Sleep” has one of the best piano riffs I’ve ever heard.
“Fortunate Sleep” on YouTube

1 – “Forest” from Silent Hill 2
There’s something about the melancholia of this one that is hard not to love. I feel like this is an undervalued song, as it’s only ever been used for one brief scene. But does it make that scene come to life!
“Forest” on YouTube

+ – “Not Tomorrow 4” from Silent Hill Origins
There are several ‘Not Tomorrow’ tracks that show up in the series. I don’t remember 2 or 3 very well, and “Not Tomorrow 1” is a somber remix of the series’ theme song which is insanely popular with fans and soundtrack enthusiasts alike. It even has been in educational piano courses. “Not Tomorrow 4” is my favourite though – a dichotomy of glistening piano and ominous, thundering percussion. I find 4 prettier and more emotional by itself than 1, but that’s just me.

+ – “Remodeling” from Silent Hill 4
I don’t know what genre you would call this. Insectoid-metallic electronica, maybe. Whatever it is, I kinda like it.
“Remodeling” on YouTube