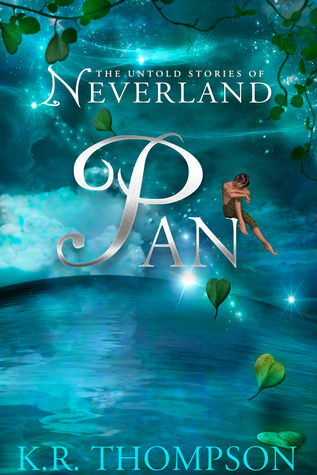 I sped through Pan in a midnight’s blink. Precious, dreamy, and fun enough to be addictive, but it’s over ridiculously soon. It leaves so much desire for full bloom, like a rose you know could be dazzlingly beautiful, but stops budding halfway through. It’s frustrating.

Pan is actually the second novella in the series after Hook, which I didn’t realize before it was too late, but it still made sense within its own sphere so I suppose it doesn’t hurt to read the first two out of order.
Thompson is a really promising indie writer, and I appreciate the sinister touches that edge the sparkle of her reimagining, and this version of Tinkerbell is likeable as a heroine.
There’s always been a devilish chord in the whimsy of Peter Pan to me, or at least I imagine it there, with a strange boy who spirits away other children. The balance of dark and magical, I have a theory is what makes retelling Peter Pan notoriously difficult.

Pan has some issues, it’s a little underdeveloped and brief and Peter’s character goes from awestruck to bully and back without any reason, but especially for an independent fantasy novel, it’s well-written and cute, and worth a look.