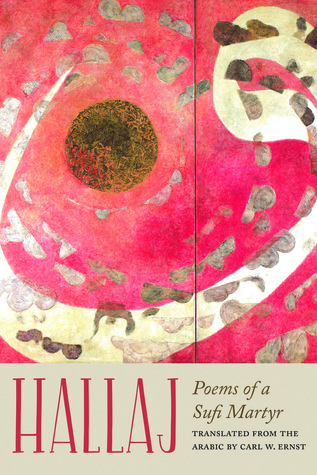 The meat of these poems is rich and laden with subtle veins that give it a deep sense of intimacy. They pulse at the edges with emotion. Hallaj’s poems began addressed to the ideas of lovers, as many poets do, and they graduated as they evolved to more ambitious and intense heights of pain, joy and faith.

To paint a bit of backdrop behind this collection, Husayn ibn Mansur Hallaj (also known as Mansur al-Hallaj) was a Persian poet and teacher of Sufism, a religion related to Islam, well known for his writings and preachings in the 9th century until his execution in the midst of political discord around the year 922. All of his poems, save for the early quarter in the beginning, revolve and intertwine heavily with spirituality and his relationship with God.

The sheer amount of work that went into both the original poems, their translation and compilation is visibly astounding – Hallaj is heavy in detail, reference, and artfulness with its change from Arabic to English. The translator leaves extensive notes regarding what had to be changed and what could not be changed in the linguistics, considering how distinct the two languages are from each other. It’s also an exhaustive and endlessly fascinating study of the intricacies of Sufism.

The only thing I considered to detract from it – more in design than in quality – are the interpretations and histories given to introduce each poem, when I feel it would leave more to the imagination if they came afterwards, letting the reader make what they will of it before knowing more about the piece.

It is otherwise a flawless book, whether you are more interested in it for religion, history or poetry. It has a depth you don’t see nearly often enough in inspirational writing.

[I received a copy of this book through NetGalley in exchange for an honest review.]